A love that came from the desert

The Kite Runner already made him famous. But with his new novel And The Mountains Echoed (dt. Traumsammler), Khaled Hosseini proves to be a storyteller of international standing. 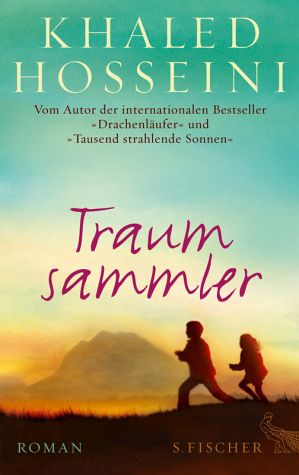 “Who?” The guy at the reception desk in St. Louis has no clue. I repeat and spell “Khaled Hosseini” for him and explain that this hotel is temporarily accommodating one of the most successful writers in America. “Really?”, the guy asks helplessly. However, as soon as I mention the book title The Kite Runner, he becomes alert. “Oh yes”, he happily says, “I know the movie.” A great movie, so striking. Finally he finds Hosseini’s name on his list, rattles his keyboard to connect me, and bids me farewell with the words: “Okay, tomorrow I read the book.”

To read The Kite Runner tomorrow would be a good idea already. Because not only is it a successful, but also a remarkably human book. The first two novels of Hosseini have by now reached a worldwide print run of over 38 million. At some point they could be more famous, even at reception desks, than the film adaptation of Hosseini’s debut.

On the other hand, it is a bit unfair to always link the name of the writer Hosseini to the title The Kite Runner like a trademark. At least now, after his new, third novel And The Mountains Echoed has been published. Because this is the best Hosseini has written so far.

The book contains an enormous range of space and time: It starts with two children in a village removed from the world, somewhere in the Afghan desert. But then the story spreads over decades and continents, and expands to a monumental family epic in the age of internet and globalization.

Hosseini has phenomenally succeeded in coalescing seemingly reluctant elements: the ancient, unfading power of storytelling on the one hand and the virtuously used devices of modern literature on the other hand. The novel that has thus come into being is altogether current, but at the same time seems to stand beyond time: a ravishingly vivid book, yes, but never bitter, gentle, wise, of great world-knowledge, and – if it is permitted to borrow the word from the guy at the reception desk – therefore striking. 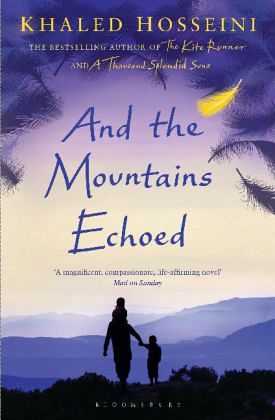 Did he want to capture new settings for his literature with the new novel, I ask Khaled Hosseini. After all, his first two books The Kite Runner and A Thousand Splendid Suns are almost exclusively confined to his native country Afghanistan. “I didn’t plan it”, he says, “I followed the ways of my characters. Their story grew under my hands like a tree that develops new, strong, protruding branches.”

But what is it, in spite of everything, that holds his novel together at the core? How does he manage the feat that his story, which leads around half the globe, at the same time conveys a feeling of great intimacy and closeness to his characters? “At the center of the novel”, Hosseini says, “is the story of two siblings, who are very closely connected, but – to their anguish – are separated and marked by the scar of their separation their whole lives.” However, this feeling of having suffered a permanent loss not only bothers those two, but also other important characters – it is basically the motif of the whole novel.

When the reader encounters them for the first time, Abdullah is ten and his sister Pari three years old. Their father, an impoverished day laborer, is struggling hard for the survival of his family in the Afghanistan of the Fifties, and he is on the verge of going under. His first wife bled to death while giving birth to Pari. His second wife, which he married afterwards, had a child that died in the grim winter shortly after its birth. Now the next winter is on its way, and again the hardships are so great that he has to fear cold and hunger will take another victim in the family. 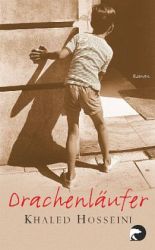 He therefore decides to sell his daughter Pari to a childless rich couple in Kabul. This not only establishes better future prospects for Pari, but also better chances of survival for the rest of the family. However, the price is almost unbearable: never seeing the beloved child again, and to tear the siblings apart, who have grown up in close intimacy.

Hosseini traces the fates of his characters over decades up until the present: Abdullah, who leaves his home country because of the endless wars and eventually opens a restaurant in the US. Pari, who emigrates with her very western-oriented adoptive mother to Paris. But also the fate of the adoptive father, who stays behind in Kabul, bed-bound by a stroke. Or that of the servant, who holds out for the sick man and finally inherits the grand mansion from him, which he tries to save through the commotion of the years of the Taliban regime.

Hosseini’s narrative strength is tremendous. Sometimes he rushes through the lives of his heroes. Then again he dives deep into the crucial moments along their way and makes every of their emotional impulses accessible to the reader. Whether it is the Greek doctor, who works for a relief organization in Kabul; or the Afghan warlord, who committed severe war crimes against the Sowjet occupiers, and now sometimes gives gifts to his fellow Afghans and sometimes steals from them – Hosseini plainly shows all of them with graphic accurateness in their moral conflicts. 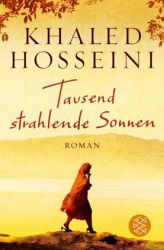 With his first two books, Hosseini already succeeded with something that belongs to the special gifts of literature: he gave Afghanistan a human face when its image was marked by the daily war news. For his readers, the grey figures that the cameras panned after a bombing suddenly were not strangers anymore, but the oppressed, and they at least got an idea of their desperation.

With “And The Mountains Echoed Hosseini transcends even that. He knows how to link the fate of his fellow countrymen – whether they stay in their home country or leave it as refugees – with that of the people in the West. He draws a convincing picture of a connected world, where the affliction of one country doesn’t stop at its borders, but can touch people anytime in continents far away.

The writer Hosseini never lacked success. His very first novel “The Kite Runner, which he wrote as a doctor in the small hours before he left for the hospital to work at his day job, became an international bestseller. But in spite of everything, some critics remained skeptical. In their eyes, Hosseini aimed too much for the emotions of his readers and sometimes took the easy way out by letting his heroes always be heroes and his villains always be villains.

However, such very straight lines between good and bad are not to be found anymore in “And The Mountains Echoed. With this extraordinary novel, Hosseini proves to be a storyteller and expert for the soul of a degree that can compete with colleagues as great as Nadine Gordimer or Gabriel García Márquez.